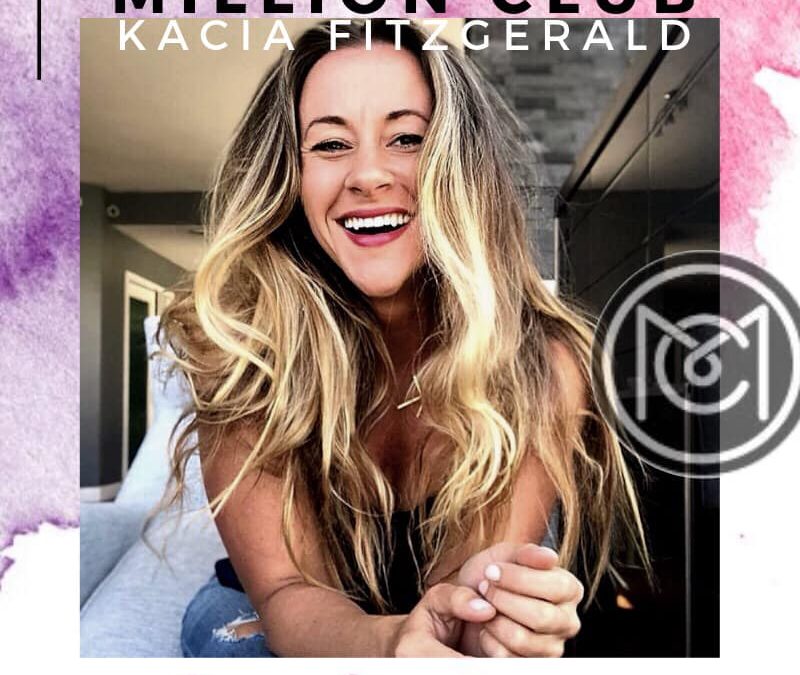 Kacia is that person that when you see her, your mood improves no matter how your day is going. Every time we see her Gabby and I somehow end up doing some sort of dance move. She’s got that personality that you just want to be around. I remember on one of our trips to New York City, Gabby, Seena, Kacia, and myself closed down a mexican food joint eating chips and salsa and talking about life goals and aspirations. I LOVE being around people like Kacia who know how to DREAM and love taking ACTION.

She was a super successful and young business woman who was climbing the corporate ladder but found so much fulfillment after beginning to see how she could mentor women in their health and fitness goals in challenge groups and then empower and teach them how to build a successful business. She’s young and fun but, this girl is super wealthy as she has built a 7 figure business. She’s helped pay for her Fiance’s Dental school and super business savy as she amazing a creating duplication in her team of coaches.  Today she entered the Beachbody Million Club.

Also I want to give a shout out to Brigitte Linford who is her direct mentor ( Who also happened to hit the Beachbody Million Club herself) in October of 2015!

It’s been INCREDIBLE to see you PAY IT FORWARD as you mentor your coaches to their goals both Physical and Financial. We are JUST beginning and we’re excited to see this ripple effect continue forward!

And because we work Freaking Hard we want to protect what we have built.
“Beachbody does not guarantee any level of success or income from the Team Beachbody Coach Opportunity. Each Coach’s income depends on his or her own efforts, diligence, and skill.”

Her Sponsor Brigitte Shares this:

“You should know something about this girl right here. ⠀
⠀
⠀
It’s pretty much IMPOSSIBLE to be around her without smiling and feeling happy! ⠀
⠀
⠀
You might catch yourself smiling cuz she makes a whole lot of weird sounds & squeaks when she’s excited. OR you’re smiling at the fact that she just started CRYING, literally, as she shared something she’s really passionate about. Or you’ll smile as you watch her jumping up and down on her trampoline as she wears her blue ray computer glasses (glasses that she wears cuz she feels like they make her look smart). If it’s not one of the above, SURELY her awkward solo dance parties to Beyonce or Taylor Swift will SURELY do the trick to make you smile.  😉 lol. All I know is NO MATTER my mood, when I see this girl DO HER THING, I can’t HELP but smile and feel my mood elevated! ⠀
⠀
⠀
Kacia is a beacon of light, there’s no other way to put it. ⠀
⠀
⠀
Now you should ALSO know something ELSE about this girl……⠀
⠀
⠀
She’s pretty stinking wealthy. We’re talking, seven figure earner here.  😳⠀
⠀
⠀
And no, weird creepy dude, this doesn’t mean you get to be the long lost distant cousin who reaches out asking for money.  😉 lol. But you CAN ask her to mentor you & show you HOW to do what she’s doing! ⠀
⠀
⠀
Cuz this girl not only knows how to support ladies in their health & fitness goals. She ALSO knows how to effectively train others to duplicate what she’s doing! Kacia has so many talents, and bringing out the BEST in people is just ONE of them. She is a hard worker, one of the most genuinely POSITIVE people I’ve ever met, business savvy, SMART, extremely friendly to all, and the queen of truth bombs that inspire. ⠀
⠀
⠀
And today is a special day for her. It’s my HONOR to announce Kacia is officially a member of Beachbody’s Million Club!! ⠀
⠀
⠀
Kacia, what can I say? Happy Beachbody Million Club day!! I know you already earned a Million dollars MONTHS and MONTHS ago with Seena’s account considered. But it’s CRAZY you have earned that much in your account alone now! I’ll tell you the MORE I have gotten to know you, the more my ADMIRATION for you has increased. I just think the world of you! Love you!”