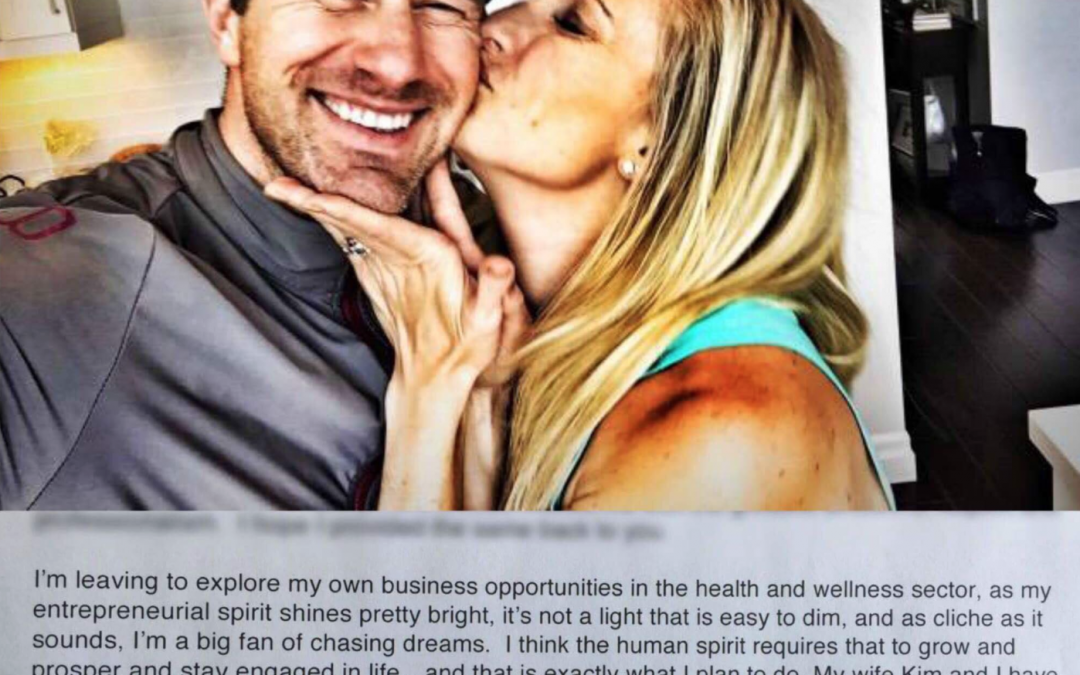 It was 5 years ago on May 29th that I sent in my resignation letter and walked away from my full-time career and job to pursue Beachbody as a sole source of income for my family.  We had built our income to be 3X what I made working my 5am to 5pm job and it felt like it was the right move and place to take our life.  So you are asking, “Can Beachbody replace a job?” Absolutely but not without an incredible amount of hard work.  Today we are celebrating my buddy Jamie Fitzpatrick.  He has officially submitted his resignation letter to pursue Beachbody Coaching full-time.   He is one of thousands of people that I know who have completely changed their lives by helping a TON of people in the area of their passion and purpose.  So if you are doubting whether or not beachbody can replace a job, read this story and share some love in the comments below.  Congrats Jamie and Kim!

Learn how to JOIN Team Beachbody 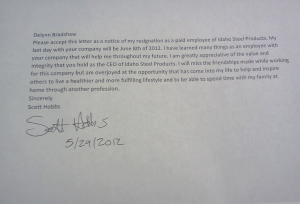 “Today was one of those pivotal days in a person’s life. It was surreal, there was a bit of sadness, but it was trumped by a wave of EXCITEMENT and FREEDOM. This day has been a long time coming. Well, around 2 years to be exact. It was a dream of mine previously before this business, but I just actually never knew before how it would be attainable?

.
I would go to work. Work hard. Show up. Earn my pay cheque. Then repeat. And I loved the jobs I’ve had in the past, I am one of the lucky ones.
.
But this venture that Kim and I started 2 years ago, it just felt different then anything we had done before. It felt REALLY good. We felt proud of the work we were doing. Like, REALLY PROUD…of our clients and each other. We started to see things differently and the community we were a part of was so positive and supportive. We were impacting people. They were messaging us. They desperately wanted change in their life. We knew the path we were on was right. Then we began showing others how to do what we were doing. The spiderweb effect. We went from wellness coaches and added on the title of business mentors in the process.
.
It then felt even more right. As the business grew and our lives shifted I began to realize that this once small entrepreneurial endeavour, that to start was less than the price of a night out for dinner, was seriously going to change our future.
.
We worked hard. We mentored our coaches and team. We believed in them. Some people quit. We held strong. We kept pushing the envelope of what was possible in our life.
.
Quite simply…OUR DESIRE TO CHANGE OUR CIRCUMSTANCES WAS STRONGER THAN OUR DESIRE TO STAY THE SAME. Quitting just wasn’t an option. Our dreams were just too big for that.
.
I vowed to bring Kim home from her Corporate job as the travel was crazy, she was driving around the province, many early mornings, late nights, and hotel stays. So we then worked even harder to help more clients, mentor more teammates and coaches to pursue the same dreams we had.
.
Did we sacrifice? TV…sure. Men’s night hockey and fantasy baseball. Sure. But we were willing to sacrifice short term gratification for long term success. And we believed it was attainable. Let’s be honest…we LOVED what we were doing…it hasn’t really ever felt like work. THAT IS A BEAUTIFUL THING.
.
So in February of this year we retired my wife Kim. It was an incredible time. Lots of tears. It was dream #1 scratched off the list. Kim could be home for the kids, off the road. Making her schedule on her time. She is the epitome of a #girlboss…and shit, doesn’t it suit her?
.
We had one more big goal in mind. And to be honest I didn’t think it would come so fast, but I decided to listen to some of my own advice. “If you don’t jump, your parachute will never open. You’re safe, but you will never soar.”
.
So today I did something that I have never done before. 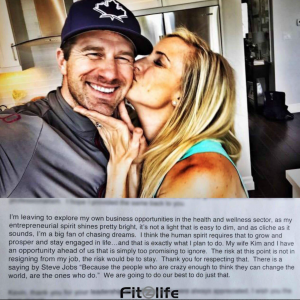 .
I wrote out and handed in my RESIGNATION LETTER from my job. At 44 years old I’m officially “retiring” from the corporate world to Coach FULL TIME at home with Kim.
.
Sounds crazy to even type that out. First thing Kim said to me was “I’m so proud of you. Thank you for jumping.” #inserttearshere
.
I had to Google “How to write a proper Resignation Letter”. The examples I saw were short, professional, but a lot to be desired in my eyes…lol.
.
Now I’m not saying I went full Jerry Maguire or anything, but my Resignation Letter was probably very different than my company had ever seen before.

🙂
.
I was gracious, I thanked who needed to be thanked, I really am grateful for al they have given and done for my family. But I also wanted to share a paragraph from the letter in the graphic below because it came from the heart and maybe it’s something that will resonate with you? Maybe it will make you think about your dreams?
.
As I said in my letter. For me, the risk lied more in staying in my job because if there is one thing I have vowed to never feel ever again in my life…well, that is REGRET.
.
Dream big and dream often my friends. You just never know, sometimes they just might come true.”

Beachbody does not guarantee any level of success or income from the Team Beachbody Coach Opportunity. Each Coach’s income depends on his or her own efforts, diligence, and skill.”