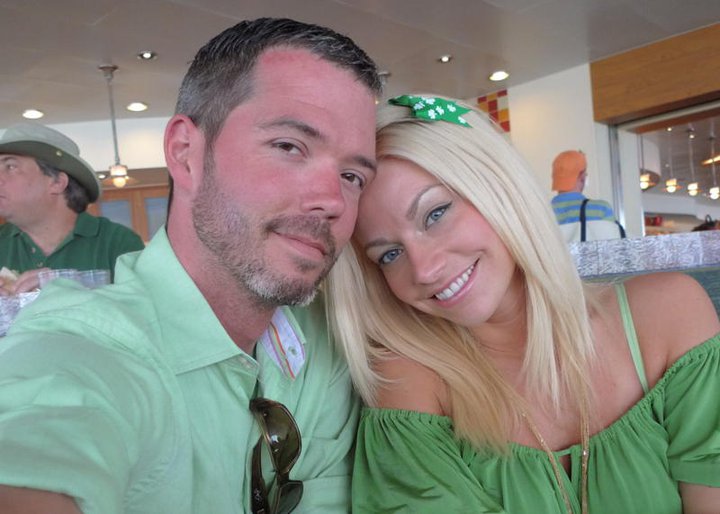 Well, today marks the one year anniversary of my coach Miss Lindsay Matway.  Three months ago I decided I wanted to become a coach with Beachbody and help change lives.  Lindsay and I had contact a few months earlier than that but I had no interest in paying $14.95 a month in coach fees and so I left it at that.  (I know…. silly)  I chose Lindsay as my coach for two reasons.
I contacted her and told her that I had big plans and that I wanted someone that would teach me the Beachbody business and  help me grow quickly.  I chose her because I knew she was #2 coach in Beachbody and I wanted someone’s example I could follow.
I was also in contact with other top Beachbody coaches but Lindsay stood out as someone who genuinely cared about people and what she was doing.  She was confident.  This is what I was looking for.  I had coached a little group for fun and so I knew I loved doing it without even being paid for it.  I felt she was the same way.
I made my decision on April 11th, 2011 to become a coach with her and it was one of the best decisions I have ever made!  My life is changing and I see it snowballing into something unimaginable.  I am a person who dreams big but I know this will be bigger than anything I have ever hoped for.  Thank you Lindsay Matway for the love and passion you show for our team and the people who’s lives we are changing!  Thanks for all of the positive awesome people who I have met by being a coach in the Bombshell Dynasty! 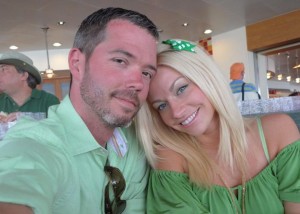 “I truly believe that as we live up to our potential, it gives others courage to do the same.” – Lindsay Matway

Lindsay Matway firmly believes in model behavior—both by watching those she admires and being an example of the person she aspires to be. “By reaching for our dreams, we let our own light shine,” she says. “And as Coaches, we are walking beacons in this world!” Having signed up 44 new Coaches in the past month alone, she proves it every day.

As a new mom supporting her family, Lindsay Matway was nearing the end of her rope at her bartending job. “I was disrespected and undermined, and I became depressed,” she says, “I felt like all the big dreams I’d had for my life had slipped out the window somehow.” Lindsay prayed for a way out. And soon she found an answer—to a different problem.

“While feeding my newborn one night, I saw a P90X  infomercial and fixated on getting back to my pre-pregnancy shape,” she explains. Lindsay checked YouTube®, where home videos confirmed that real people were achieving amazing results, so she took the leap.

“Not only did I look better than ever, but P90X showed me how strong I was, both inside and out!” To give back, Lindsay posted her own ‘before’ and ‘after’ videos and was flooded with questions. “I loved responding to them. Then it dawned on me.”

“I should be getting PAID for this!”
Lindsay called Beachbody® and learned about Coaching—discovering her new calling almost by accident. But her rapid rise through the ranks was the opposite of accidental.

“I wanted to learn all I could before building my team,” Lindsay says. “I spent hours watching and listening to every training Webinar I could get my hands on. Then I checked the leader boards, went on Facebook and requested all the top Coaches as friends so I could imitate what they did.” All Lindsay’s self-schooling pumped her with excitement and assurance—which she put into an unbelievably bold post on TeamBeachbody.com.

Looking for leaders
“My post said, ‘I’m looking for 15 LEADERS to train and help build their businesses. Join my team so we can make it to the TOP. Who wants in?!'” Lindsay smiles, “I think showing that sort of confidence allowed people to believe in me.” It must have, because her first big success came in record time.

“I worked SO hard! It took everything I learned in my research. But in just 21 days, I went Diamond! It was such an incredible feeling to know I’d achieved such a lofty goal!” But as Lindsay discovered, even the most driven Coach can lose her focus.

“Six months in, I realized I’d let managing my team take up most of my time. I’d stopped developing into the kind of Coach I wanted to be,” she recalls. Then, at a Super Saturday event, it turned around in an instant. Lindsay says, “They announced the Grand Prize for the Scout It Out Challenge: a trip to Cabo! One second I was thinking how much I’d love to go. The next, I was declaring to ALL my peers, ‘Just so you know, I am WINNING that trip!’ I’d just committed to making the TOP 3 out of 54,000 Coaches for the month—with only 23 days left to do it!”

Pulling out all the stops
Determined to touch as many lives as possible, as soon as possible, Lindsay became a billboard for the products. She avidly shared her story with all her contacts, made more connections, followed through on everything—and won! “I cried my eyes out when I heard the news. And I knew the trip would be first class, but WOW! The itinerary was loaded with 5-star meals, parasailing, swimming with dolphins—that first dinner I whispered to my fiancé, ‘This was sooo worth everything I put into it!'”

And her business has continued to explode. “When I think of where this opportunity has taken me—I never struggle with finances anymore, I get to be home full-time with my daughter, and the quality of people I work with is most impressive—sometimes I go into an all-out ugly cry, I’m so grateful!”

The secret to her success is no mystery. In fact, Lindsay believes it’s visible to everyone. “Team Beachbody Coaches are fortunate to be able to illuminate the healthy path for others. As we succeed, people can see that they can help themselves reach their greatest potential, too!”

Coach’s Playbook:
• Talk to people the way you like them to talk to you. How did your Coach make the opportunity sound appealing? Duplicate that!
• PASSIONATELY share your experience with people—not just Beachbody experiences, your life. You’re building relationships!
• Tell everyone Success Stories, not dry facts! People want to feel and emotionally understand what’s happened with others.
• Be BOLD. If you believe someone would love Shakeology® or make a perfect Coach, tell them! The worst that can happen is they’d say no.
• Set big, CLEAR goals. Write them down, remind yourself what they are and focus your energy on obtaining them. Then plan for success!