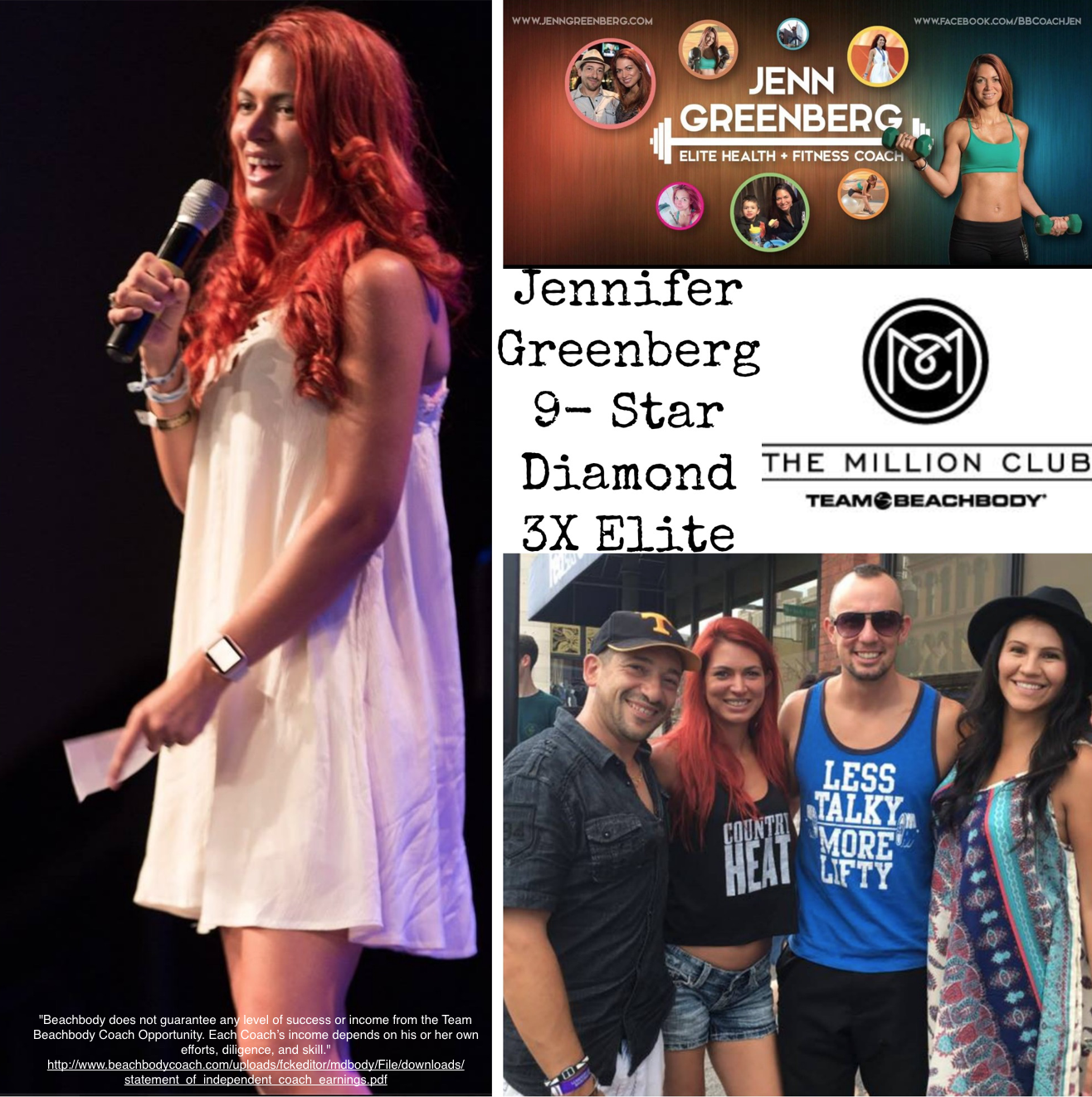 What does the MILLION CLUB mean?
Seeing Jennifer Greenberg accomplish this Milestone as a Team Beachbody Coach this morning really makes you sit back and say, “WOW, this is really special.” I have had the personal experience of seeing her grow through this journey and I can attest to you that she believes in the statement you have heard me say, “Making one million dollars was the easiest thing I have done, believing it was possible for me was the hardest.”
Jennifer is humble. She had trouble figuring out what to say about this accomplishment and if you ask her about it I’m sure she’ll blush a little bit but the reality is that she has earned an accumulative of One Million Dollars with her Beachbody Coaching account over the past 5 years that she has been a coach. 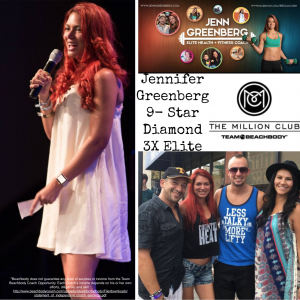 I remember when she made the DECISION. I asked her why her and Mike didn’t have any children. She told me that they both worked so many hours with Mike working 40 overtime hours a week most of the time and that they didn’t want to bring a child into the world if they weren’t going to be around to raise him.
The biggest accomplishment is that she was able to develop the time freedom to leave the corporate world and bring a beautiful son named Mikey into this world and retire her husband Michael J. Greenberg as a Police Officer to where now he gets to volunteer his time to the force.
Jennifer and I met in 2010 on Facebook and began following each others blogs talking about P90X. When I overcame the fears and doubts about coaching and joined, she followed after me and was my 3rd coach. She has grown into an incredible leader. She has a transformation of CONFIDENCE like I have never seen. She used to like to “fly under the radar” and not stand out because she didn’t want to be the example of GOOD or BAD. She recently has been traveling to speak at events and inspire people through this transformation of self-worth and confidence. I haven’t met another coach the past 5 years that cares so deeply about her team. Every conversation starts with her concern for figuring out the best way to help SOMEBODY else.
Her first goal was to merely be able to have $50 extra dollars a month so she could get her nails done or get some shoes with out her husband getting annoyed. Next she set a goal to get a NEW chair at her job because the one she had was falling apart and they wouldn’t get her a new one. She began to hit ONE goal after another and her belief and confidence grew stronger with each day that passed. She went emerald in 4 months, Diamond in 14 months, and starting hitting Success Club consistently in her business about a 1-1/2 in when she DECIDED that she wanted this to be her full-time career and bring a child into the world.
She is a 9 Star diamond coach, a 3X Elite Coach, a Success Club 10 All Star Legend and now the NEWEST member of the MILLION CLUB. More importantly she is a friend and has become like family to us.
GET SOME INFO FROM ME ON HOW BEACHBODY COACHING WORKS