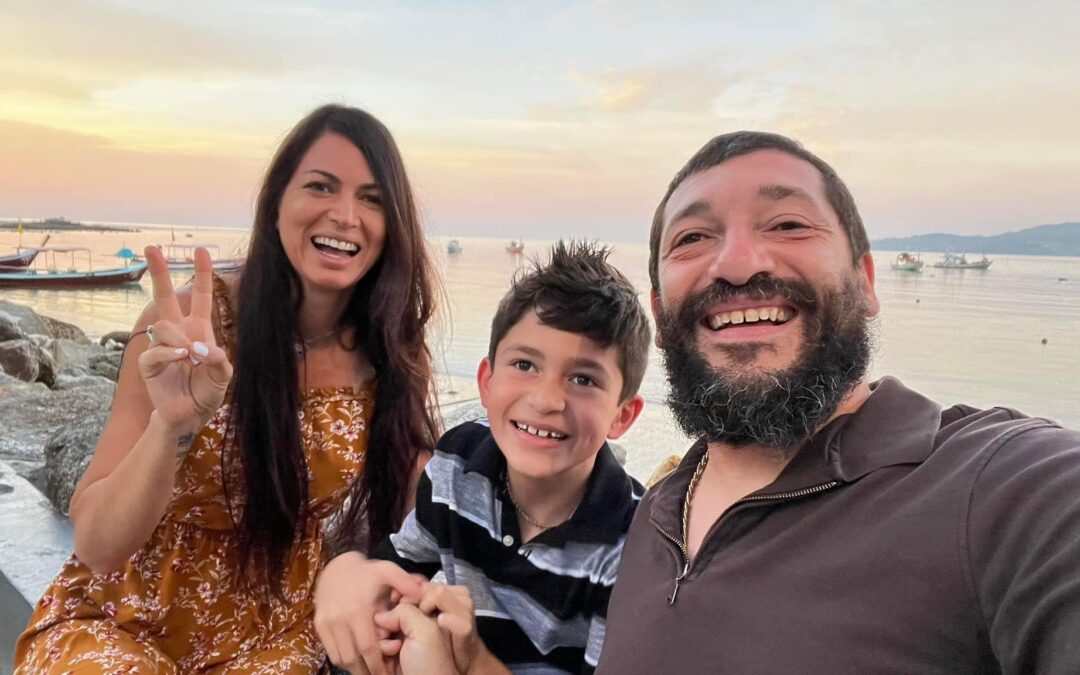 When I asked Jennifer Greenberg why her and Mike didn’t have any children. She told me that they both worked so many hours. Mike was working 40 overtime hours a week most of the time as a police officer and with herself working full time, she told me that they didn’t want to bring a child into the world if they weren’t going to be around to raise him. With guidance and willingness to learn, she was able to develop the time freedom to leave the corporate world and bring a beautiful son named Mikey into this world and retire her husband Mike as a Police Officer to where now he gets to volunteer his time to the force and build his own business with vacation rentals and moonshine tours.

Jennifer and I met in 2010 on Facebook and began following each others blogs talking about P90X. When I overcame the fears and doubts about coaching myself and joined, she followed after me and was the 3rd coach to join our team. She has grown into an incredible leader. She has a transformation of CONFIDENCE like I have never seen. She used to like to “fly under the radar” and not stand out because of her shyness. She’s grow so much in 10 years that she has traveled to speak at events and inspires people through this transformation of self-worth and confidence. I haven’t met another coach the past 10 years that cares so deeply about her team. Every conversation starts with her concern for figuring out the best way to help SOMEBODY else.

This picture show them in THAILAND this week however, her first goal is probably similar to yours my friend, it was to merely be able to have $50 extra dollars a month so she could get her nails done or get some shoes with out her husband getting annoyed. Next she set a goal to get a NEW chair at her job because the one she had was falling apart and they wouldn’t get her a new one. She began to hit ONE goal after another and her belief and confidence grew stronger with each day that passed. She’s truly created a life by design and I’m overwhelmed with happiness seeing the explore this world with their son. No matter how big or small your dream, we’re here to guide and mentor you and it starts with doing a workout with us.

BECOME A COACH
APPLY FOR OUR MENTORSHIP PROGRAM