What is Shakeology made of? 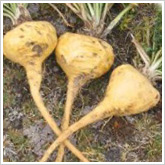 What is Shakeology made of?

(An occasional series on the many fine ingredients that make up Shakeology.)

If you’re reading this, you probably know that the stuff in the new Tropical Strawberry Shakeology is good for you and vegan. If you’ve looked at the back of its shiny, white bag, you might even be aware that it’s a tour de force of super healthy ingredients. But here’s the tricky part: Do you know exactly what all those ingredients do?

No more asking, what is Shakeology made of?

There’s a good chance that you don’t know, but being smart, healthy, and curious, you sure want to! If you fall into this camp, read on, because, as usual, Beachbody® is here to help.

Welcome to the first in a series here in the newsletter featuring the different proprietary blends in this wonder shake. This week, we tackle Shakeology’s vegan proprietary adaptogen herb blend.

Adaptogens function just like they sound, by allowing you to adapt to life’s changes. They help the body de-stress and return to a state of equilibrium. They possess three qualities:

Of course, you’ll also find plenty of these adaptogens in the other flavors of Shakeology, so keep that in mind when perusing this list.

One thing we can all count on is that life will always be full of changes. When it is tough coping with those changes, turning to these balancing herbs may be the solution you need. Here are the adaptogens you’ll find in Shakeology:

As you can clearly see, we didn’t pick these adaptogens all willy-nilly. Each one was carefully researched and selected to bring good health to several different aspects of your life. From ancient cure-alls to aphrodisiacs, stress-busters to (legal) Olympic performance enhancers, adaptogens are the key to adding something most of us sorely miss in our lives: balance.

Click to join our team and get free nutrition, fitness, and life coaching

This is the link to the Article from Beachbody Newsletter

-What is Shakeology made of-