Many people, myself included just 7 years ago had NO IDEA what it meant to be a part of a team with Beachbody and what it meant to have a sponsor coach.  As a matter of fact, I told the WORLD ( on Facebook) that I would NEVER join Team Beachbody.  I didn’t like the way that I was approached by a few people after posting my results with P90X.   So what is a Sponsor coach and a Beachbody team?  A sponsor coach is the person who signs you up and brings you into the Team Beachbody network as a coach.  A Team is the group of people that are working together to build a business as a Team Beachbody Coach.  We have built one of the best teams in Beachbody and plan to have the best UK Beachbody team as well.  We already have friends and family doing the workouts on Beachbody on Demand on that side of the pond and super excited for our upcoming leaders to build the best UK Beachbody team and help thousands of people live healthier more fulfilling lives.  I want to share with you a Success Story and some advice from a member of our team.

BECOME COACH ON OUR TEAM

IN the US AND CANADA and would LIKE to learn how to join our team? 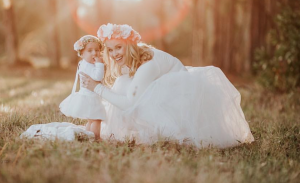 What is one thing about you that would surprise most people?

I’m tongue tied! Nobody ever really knew because it didn’t cause a speech problem but I can’t stick my tongue out! Never got in trouble for that in school! ha!

What’s one training video that you think ALL coaches should watch? (share link)
I don’t think there’s one particular video that every coach should watch but I do believe in the National Wake Up call. With each call, I learn something new and at least one line from each call sticks in my head and drives me to be better! It’s the perfect way to start your Monday off on the right foot!

What was your biggest failure or disappointment and how did you overcome it?
My biggest failure was letting my foot off the gas in 2016. 2015 was an amazing year for my team. We ended as a Premiere team and it seemed almost effortless. I went into 2016 with that same effortless mentality and it backfired. We did NOT end 2016 as an Elite team or Premiere team…NADA. We went backwards. I could have let that ruin me or send me spiralling into the “I’ll never be good enough” mentality. Instead, I put my head down, acknowledged my faults and weakness & GREW. Grew as a leader, grew as a person, grew as a mentor & grew as a coach. It starts with YOU. Speed of the leader, speed of the pack. There has been a shift in my team since then and we are BACK. Making huge strides and not letting past failures define us!

What is one thing, non-financial, that Beachbody coaching has brought into your life?
I am not the person I used to be. I was weak, insecure, scared & lacked vision. I suffered from eating disorders and depression. I never knew what I was capable of. I used to be such a negative person who always saw the worst in people. My glass was definitely half empty. So the one nonfinancial thing that Beachbody has given me is a NEW ME. Because of personal development, I’ve become a dreamer! I’m healthy and happy for the first time in my entire life. I am obnoxiously optimistic and believe that there really is GOOD in all things. Beachbody brought me to my faith.It made me believe in something bigger than myself. Because of that, I am forever grateful.

What is something your financial success as a coach has made possible?
Financially, Beachbody has changed my life. It allowed me to retire from teaching at 28 years old and be home with my children. I never wanted to be a stay at home mom because I craved independence and always wanted to have a career. When I was pregnant with our son, everything changed. I now craved to be home with him, be 100% present but also have a career. Greedy, I know. Beachbody gave me that though. It gave me the opportunity to have both. I feel abundantly blessed to be mommy, coach, wife, mentor & my own boss all under one roof.
“Beachbody does not guarantee any level of success or income from the Team Beachbody Coach Opportunity. Each Coach’s income depends on his or her own efforts, diligence, and skill.”

Watch this video below for ADVICE on how to BUILD your BUSINESS NOW and BE PREPARED for the INTERNATIONAL LAUNCH!